DR WHO TARDIS AND THE MATERIALS WE CURRENTLYHAVE

This has to be the ultimate film set prop, who hasn't heard of Doctor Who and the Tardis?

Not only is this a Dr Who Tardis, this is the very first Mk1 Tardis that was created for Pete Cushing for the film Dr Who and the Daleks and was originally constructed in 1965 at Shepperton Studios as a premier model for the cast to emerge from onto the stage.

Can we just point out that this Tardis was in terrible condition, the cill fell off in transit and when we moved it on its own original wheels the doors fell off. Sadly its been left outside and as its a 54 year old film prop that wasn't designed for the English outdoor weather.

Our intension when we originally found was to restore what we could but this ended up being impossible. 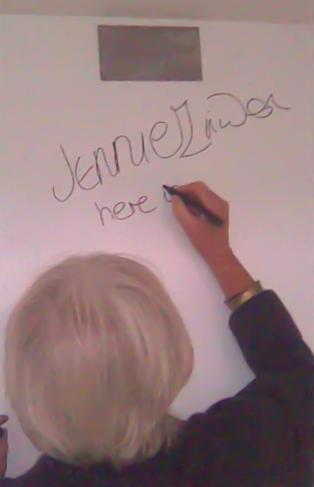 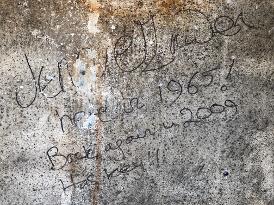 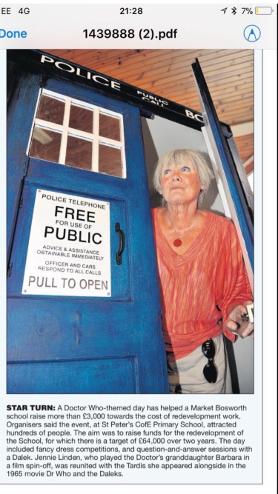 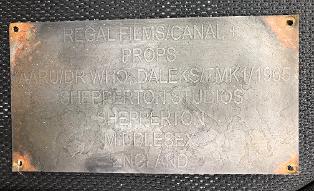 Original Plaque from the Tardis

When they rebuilt this Tardis, back in 2009 they clearly didn't put back together as it was originally built and I assume for quickness used a lot of "No more Nails" instead of screws.  This is totally understandable giving it as being an indoor film prop that was being used for charity.

But due to how it was rebuilt and being left outside, plus its built from old 1960's plywood and pine, it would never survive and we couldn't simply restore because of all the "No more Nails" used.

We believe it was stored for just one year outside, this was because of its size and the previous owner ran out of room and stored behind his garage.

Not only do we have original video of this Tardis leaving the studios, the original plaque from the studios we also have the signature and message that Jennie Linden wrote on the back panel, all these can be seen on the pictures on this page. 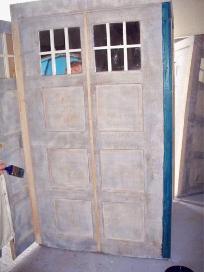 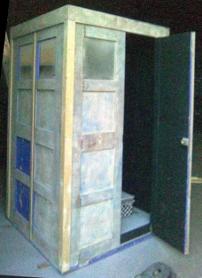 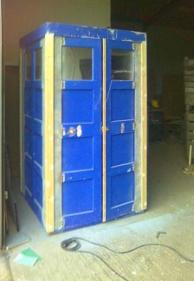 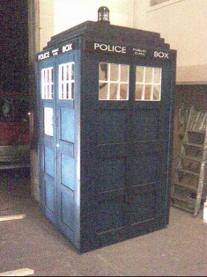 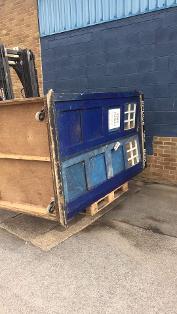 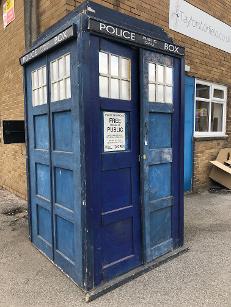 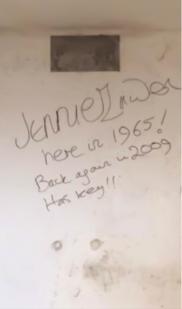 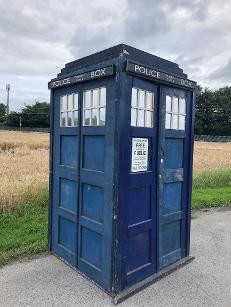 This is our Tardis, its history, its journey and how we managed to find and get this most iconic and well known piece of Filming History.